Skip to content
Explore the Past, Present & Future of Marketing! 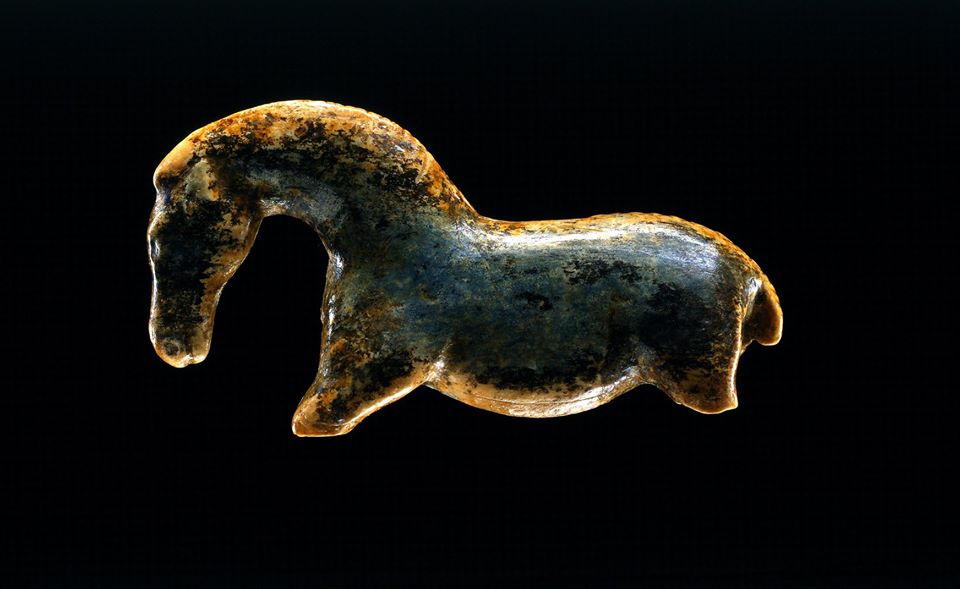 Before the first records of Marketing practice have appeared the beginning of creativity in mankind has sparked and led to man made speciality goods e.g. jewellery and figurines which were discovered in several Ice Age caves throughout Europe. Furthermore, the beginnings of trade has evolved around the globe. In this context historians like Eric H. Shaw argue, that marketing practices have existed for at least 40.000 years!

(Image credit: With friendly permission of the University of Tübingen, Museum)

The first evidence of marketing practice are almost as old as the earliest forms of written language. Records of one of the first advertising practices have been found on clay tablets in ancient Mesopotamia in cuneiform writings. The enclosed picture is a cuneiform clay tablet which in this case was an early form of a customer complaint letter from Nanni to Ea-nasir complaining that the wrong grade of copper ore has been delivered after a gulf voyage and about misdirection and delay of a further delivery.

The cuneiform tablet belongs to the collection of the British Museum and dates back to 1750 BC and was found in the archaic city of Ur in ancient Mesopotamia i.e. Iraq.

(Image credit: With friendly persomission of the British Museum) 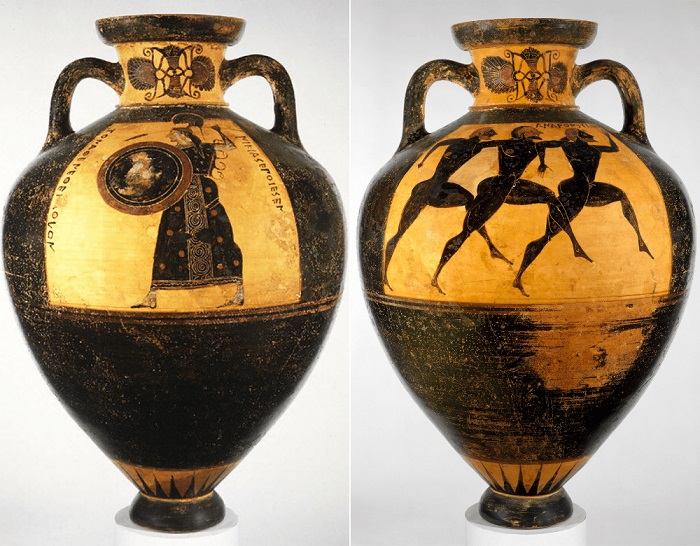 Signatures on Greek pottery can be linked to early branding activities. According to Phoca and Valavanis (1992) there used to be a high competition between potteries which led them to the idea to distuingusih themselves from others e.g. via their signature or even forerunners of advertising claims.

The example shown in the enclosed pictures shows a vase signed by the potter Nikias. The letters translate in "Nikias made me" (left image, right). The image on the vase shows the goddess Athena with another inscription which translates in "One of the prizes from Athens" (left image, left). The amphora was a prize for the winner of a footrace at the Panathenaic festival in Athens and dates back to 560 - 550 B.C. 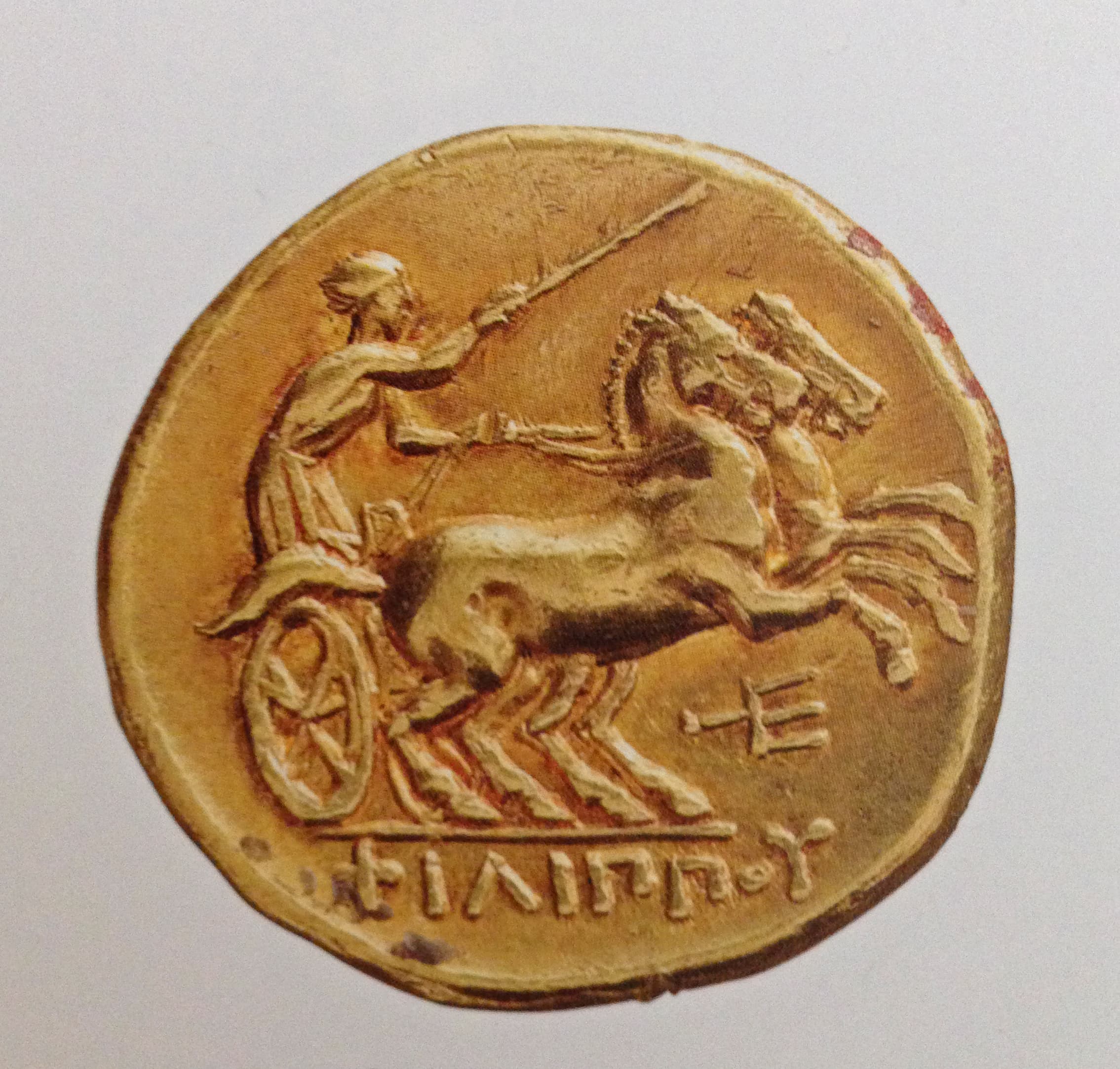 Coins as the first mass media

Early mass produced coins in history did often also include images of emperors, battles or significant events and besides their main purpose as means of payment and goods exchange for a set value did also function as a source of information across borders.

The coin in the enclosed picture is a good example as it was produced in a royal coin shop in Macedon, Pella and Amphipolis. The gold stater coin was produced between 322–315 B.C. and shows Alexander the Great. It was minted shortly after his death and for many symbolized his achievements for the Hellenistic society. 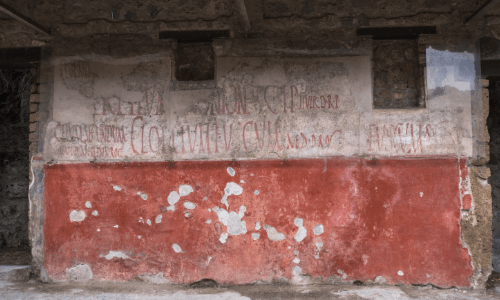 Records of Marketing Practice in the Roman Empire

After erruption of the Vesuvius volcano close to Naples in Italy, cities like Pompei and Herculaneum were preserved due to large amount of ashes which led to archeological findings of advertisements on walls that date back almost 2.000 years ago! 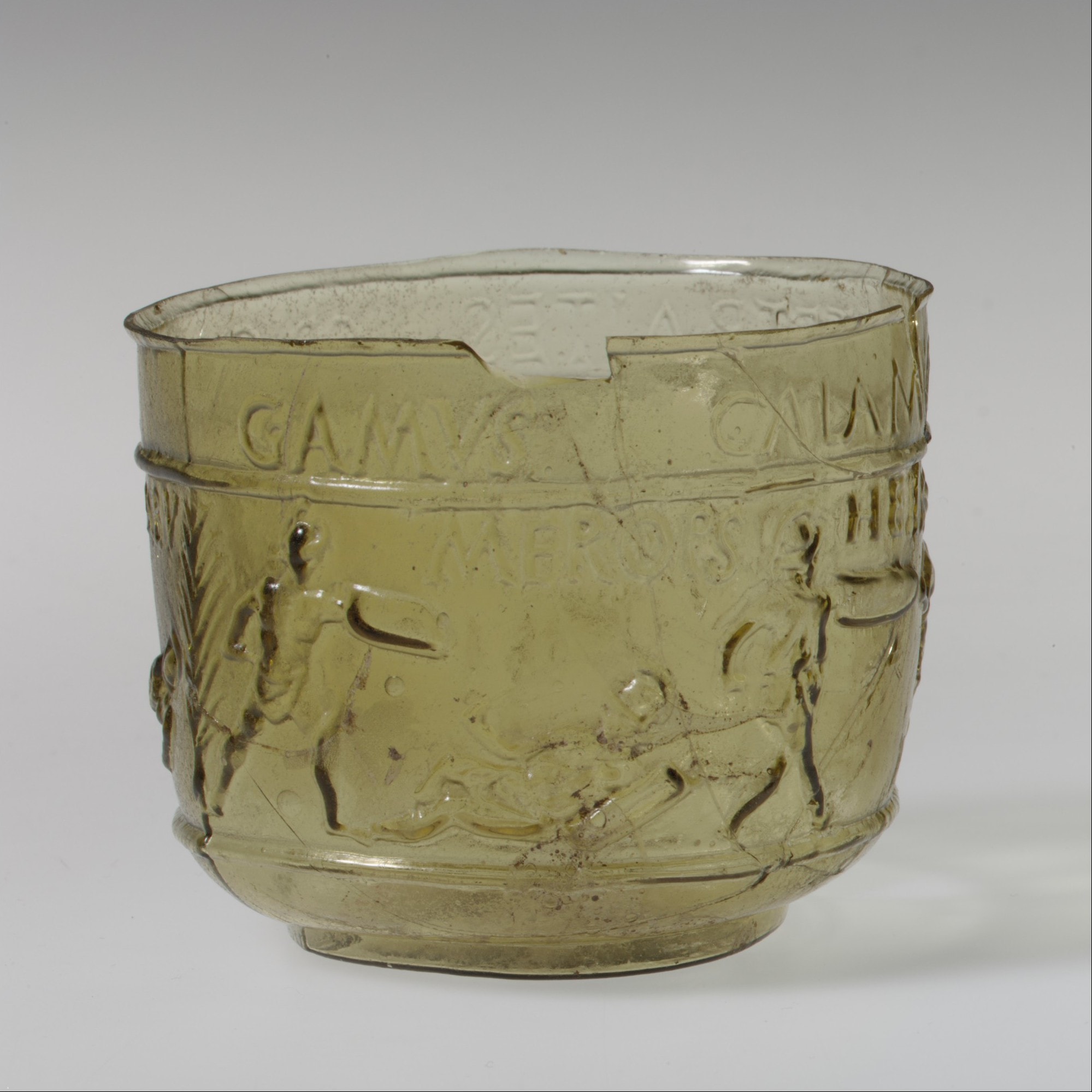 The scene around the cup depicts four pairs of gladiators fighting. Each man is identified by name in the Latin inscription above him. Some of the names match those of known gladiators who became famous in games held in Rome during the Julio-Claudian period, suggesting that such cups may have been made as souvenirs. 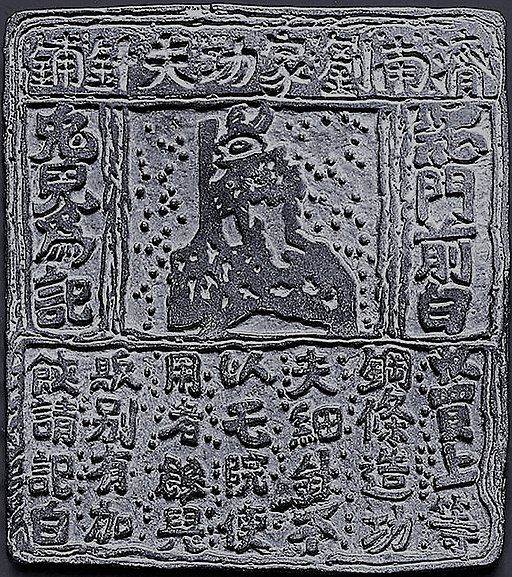 A Chinese familiy business selling needles were the first to use a bronze printing plate to produce standardized printed posters for promoting their business. The business was called "Jinan Liu´s Fine Needle Shop" and used this advertising method during the Song dynasty.

The advertisement included a company logo with a white rabbit as well as the following text: "We buy high quality steel rods and make fine quality needles, to be ready for use at home in not time." 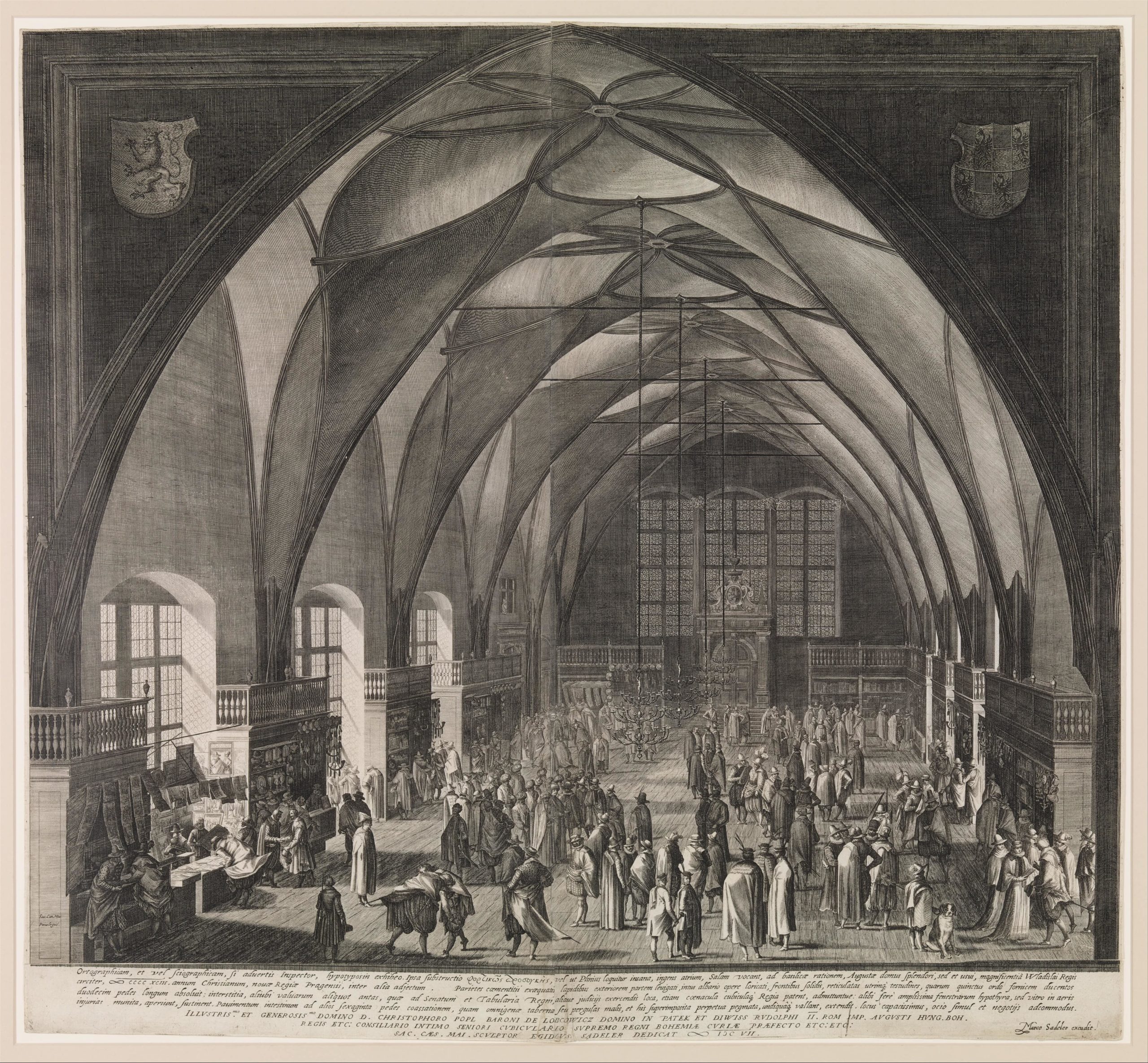 The fair in the image shown is a later example from Aegidius Sadeler II and was painted in 1607. The picture is showing the interior view of Vladislav Hall at Prague Castle during the Annual Fair. 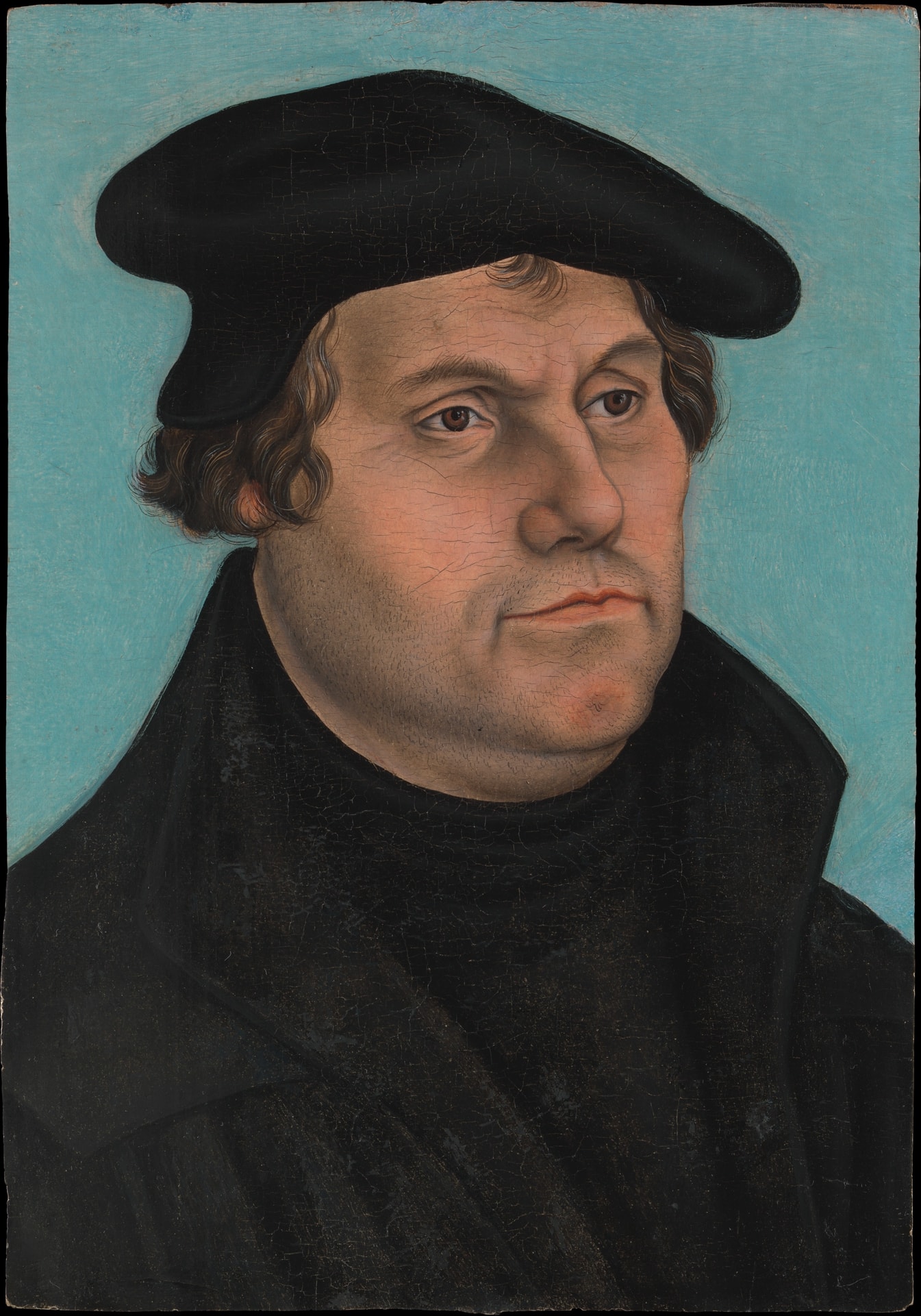 The German multi talent Lucas Cranach the Elder, was a Renaissance painter, woodcut printmaker and engraver who used these state of the art methods of his time to produce merchandise on a large industrial scale. His most famous portrait was the famous historical figure of Martin Luther. 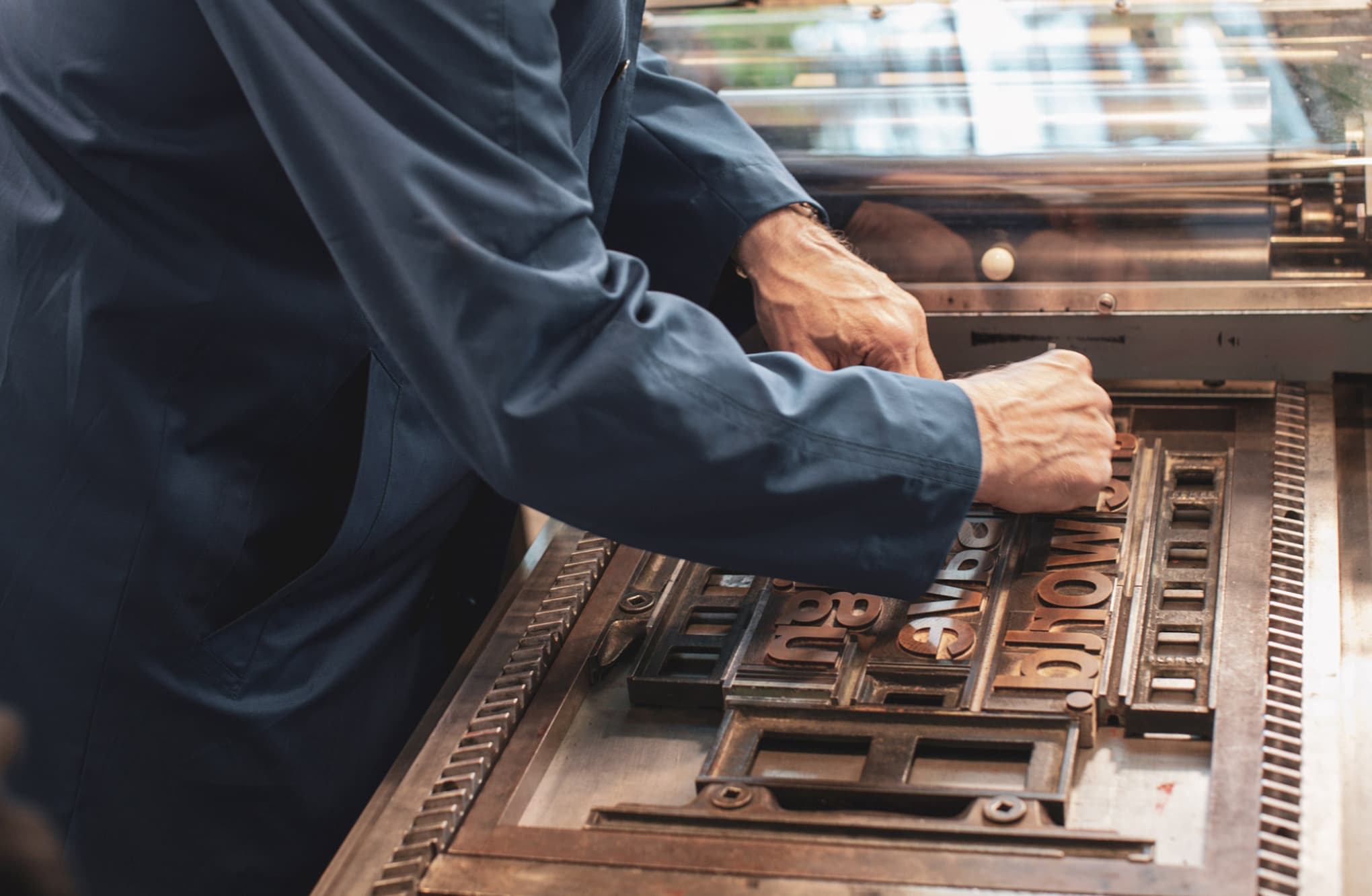 Invention of the Gutenberg Press

The beginning of industrialized mass production of printed advertising. 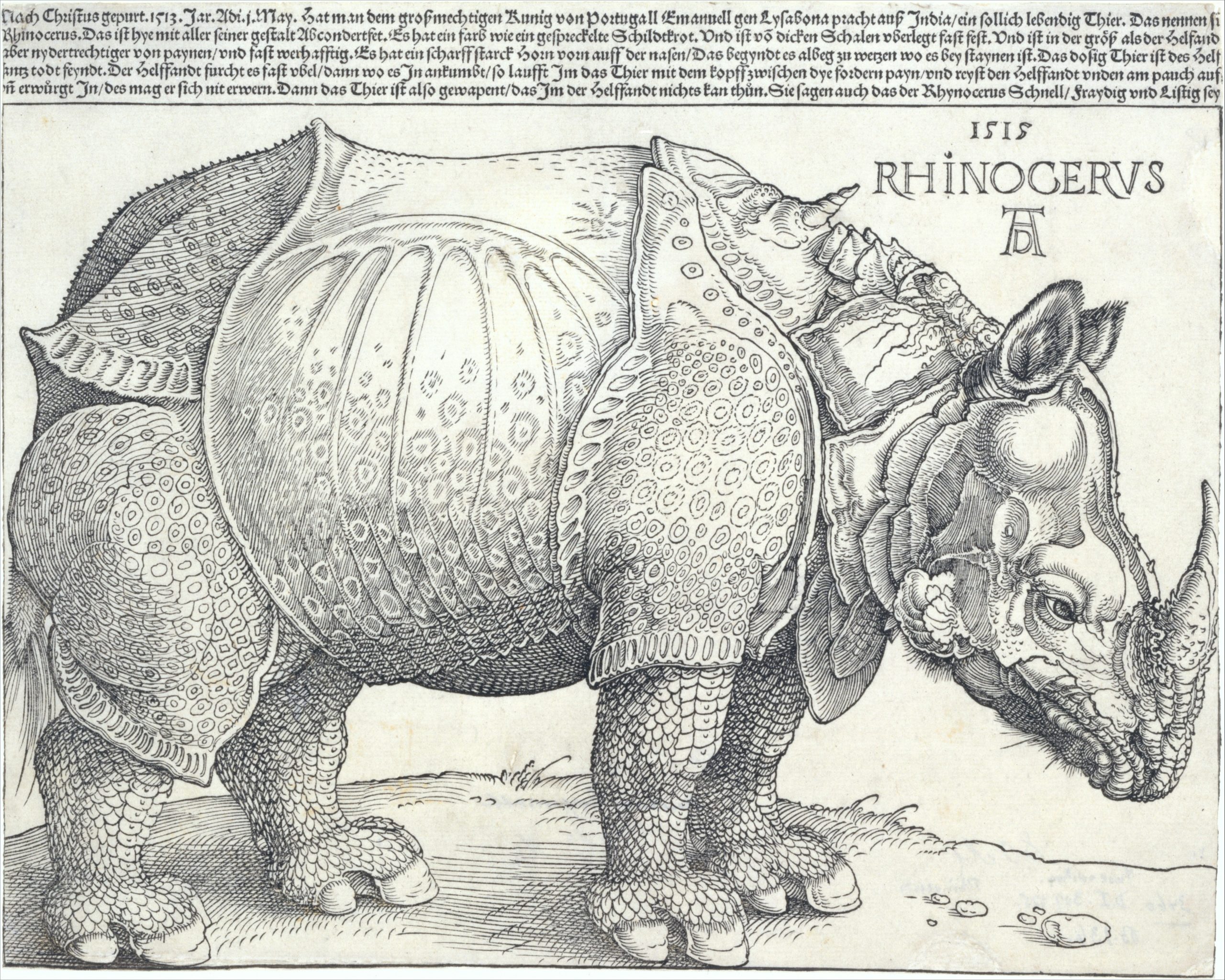 The German painter Albrecht Duerer was one of the most famous painter in his period. Due to a high demand of his paintings he was one of the first artists to develop his own trade mark logo i.e. monograph "AD" which he included in every painting. Furthermore, Albrecht Duerer was pioneering in creating a distribution network of his works throughout Europe and undertaking legal actions against thiefs of intellectual property e.g. against illegally produced copies of his paintings. 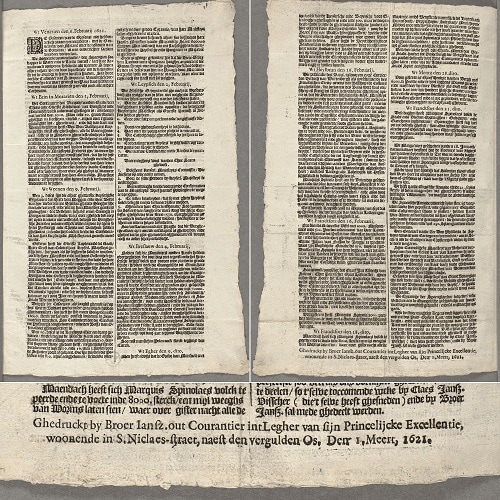 Among the first printed newspaper advertisings appeared in several different Dutch newspapers like "Jansz’ Tydinghen uyt Verscheyde Quartieren" as shown in this example from 1620.

The first advertisings in printed newspapers were often located at the bottom of the reverse page after the news section and advertised upcoming newspaper editions, similar to the featured image. 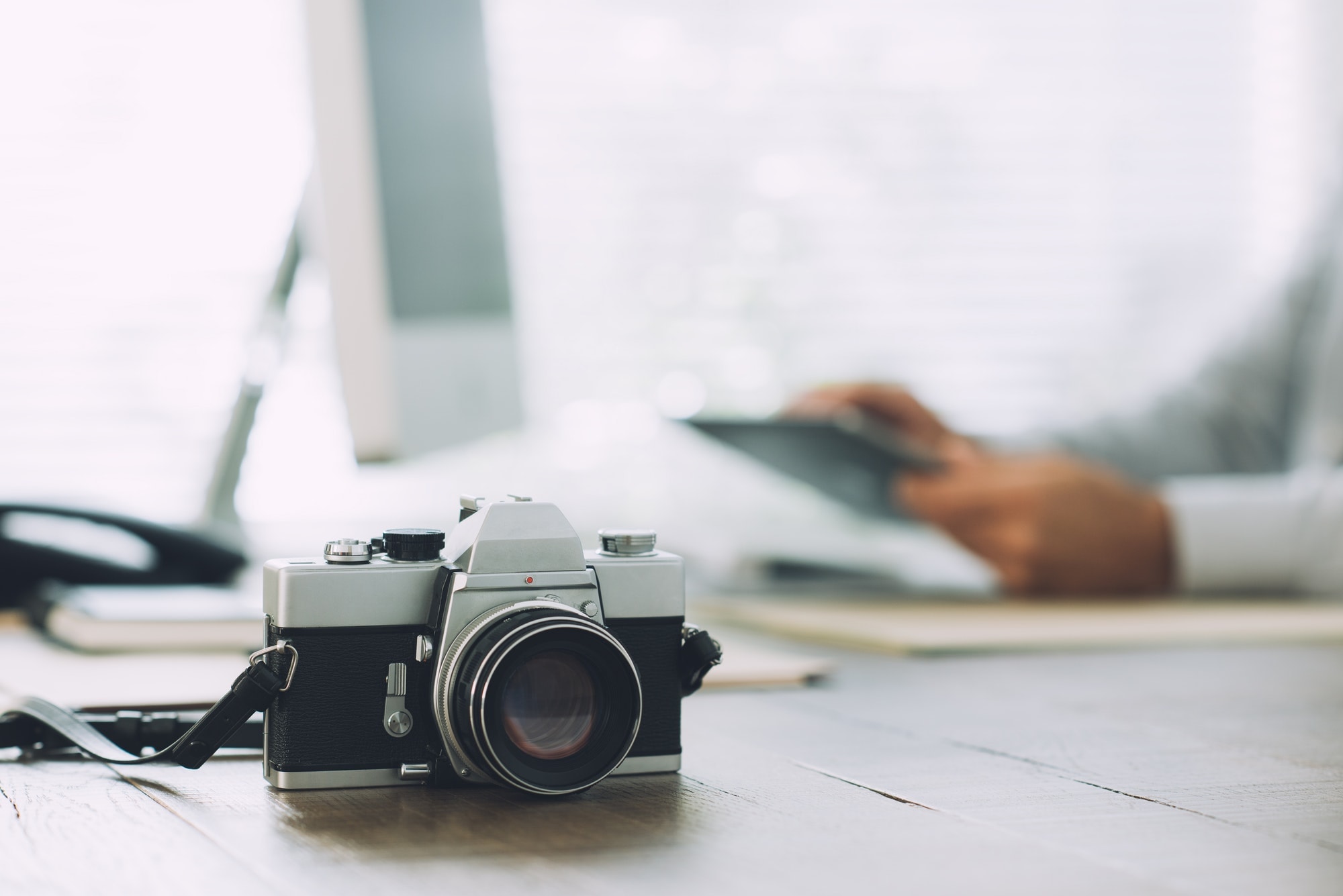 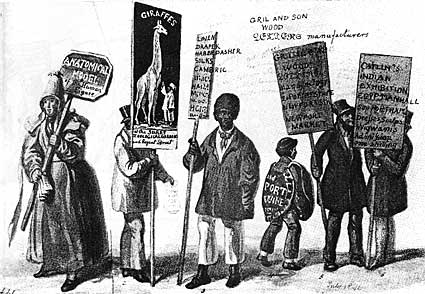 Until 1839 the famous Oxford street in London was an early adaptor of advertising i.e. in the use of stationary advertising. For politicians however the vast amount of advertising posters led to legal actions against them, as they preferred a shopping experience without too much advertising. This let to the development of so called Sandwich Men, hired people that wear advertising spaces on their body, i.e. cardboards on the front and back while handing out flyers to passengers. In the center-right of the enclosed picture a young boy is wearing a typical sandwich board as described above. 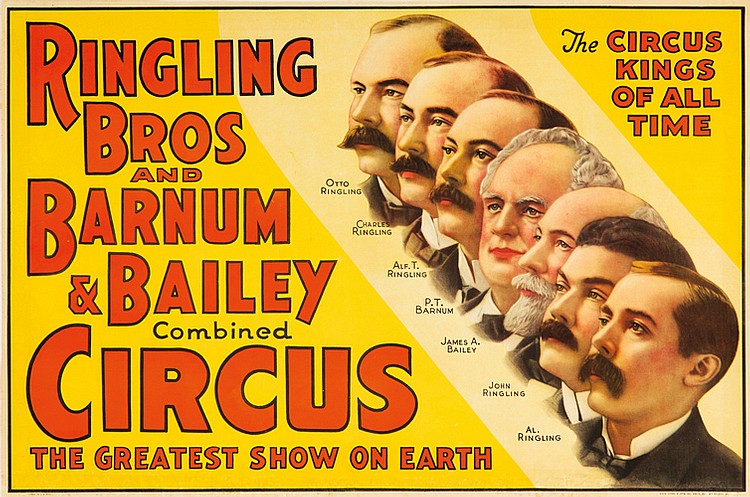 In 1854 Ernst Litfaß invented the advertising pillar in Berlin, Germany as he wanted an organized form of advertising space. Before the invention of the “Litfaß Säule” (Litfaß pillar), printed announcements and advertisments were stuck on house walls and wherever there was a free space to put them. With the advertising pillar Ernst Litfaß was providing a free space to advertisers were they could legally display their announcements. 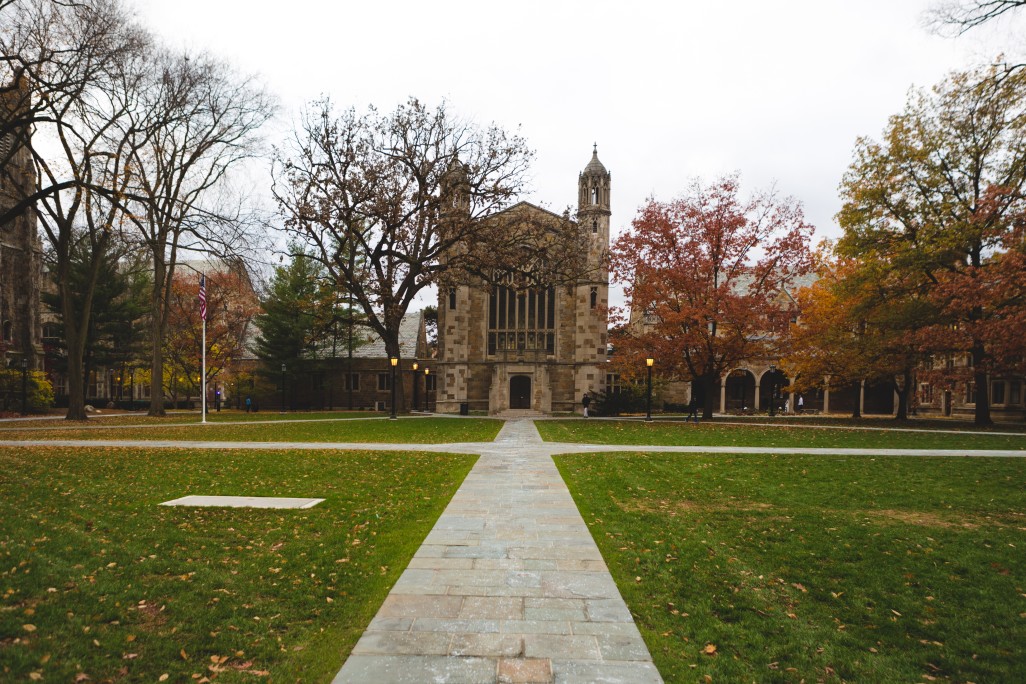 Edward David Jones introduced the first academic marketing course at the University of Michigan in 1902 which can be seen as a logical consequence of the development in marketing thought which was inspired by the concepts of the German Historical School in the late 19th century. 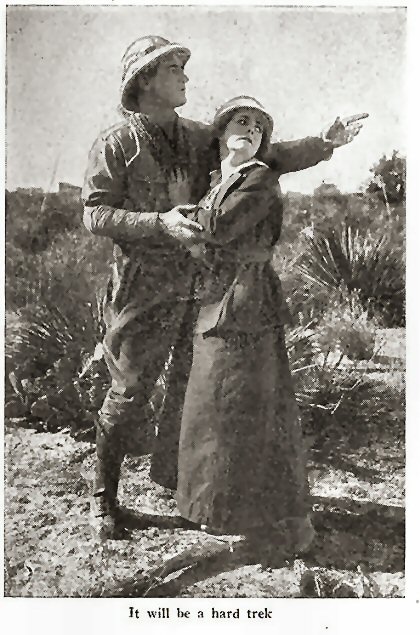 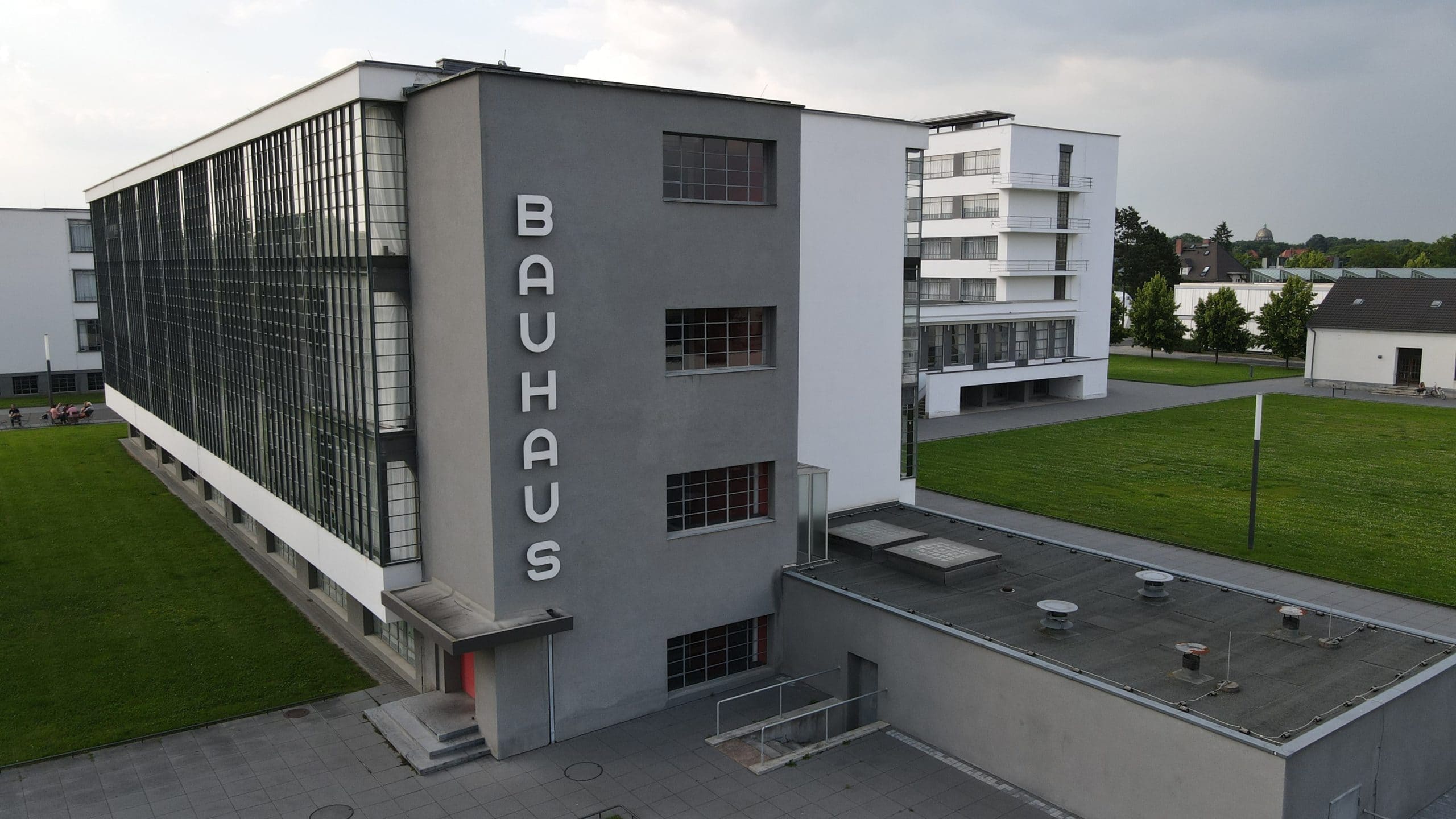 The Bauhaus - School of Design

The Bauhaus was founded in 1919 by the German architect Walter Gropius in Weimar, Germany and was an influential and revolutionary design school that combined art, design and crafts leading to important developments in product design. 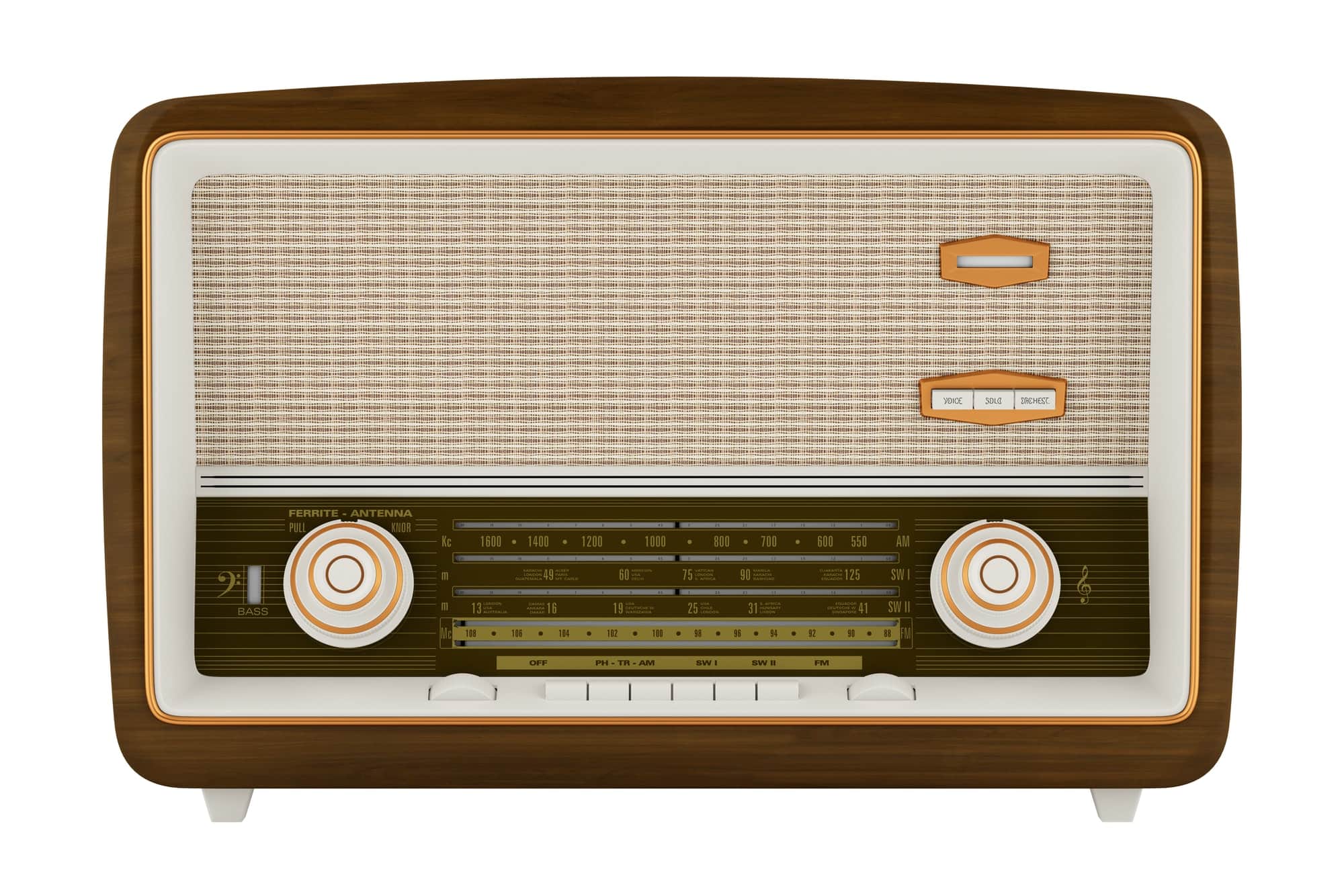 On 28th August 1922 the first paid radio advertising aired on the WEAF radio station in New York. In the ad the radio host H.M. Blackwell conducted a 10 minute talk (direct advertisements were still prohibited) about appartments at the Hawthorne Court in Jackson Heights, Queens, New York. The cost of the 10 minute advertisement was 50 US Dollars. 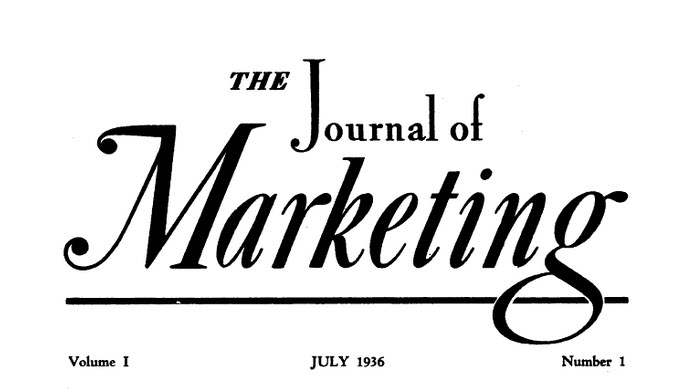 The Journal of Marketing is the first regularly published academic journal with a focus on marketing. It is published by the American Marketing Association (AMA) and was established in 1936. The Journal of Marketing consists of peer-reviewed research articles and aims at knowledge development of real-world marketing questions. The journal continuously has reached the highest impact factor for marketing journal and is considered the most influential marketing journal in many global rankings.

(Image credit: With friendly permission of the American Marketing Association) 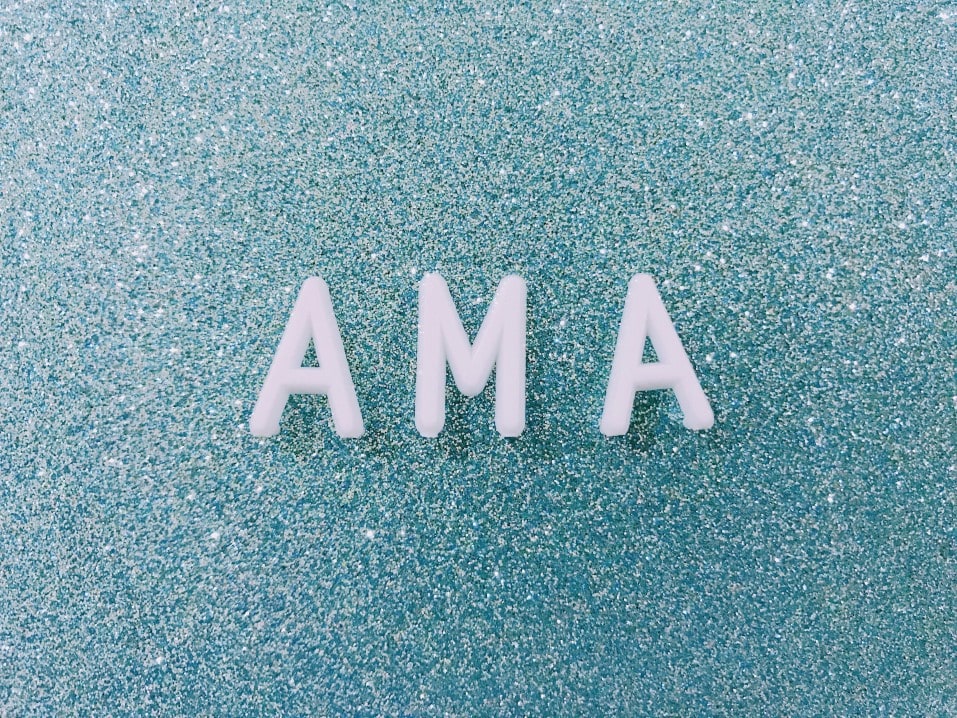 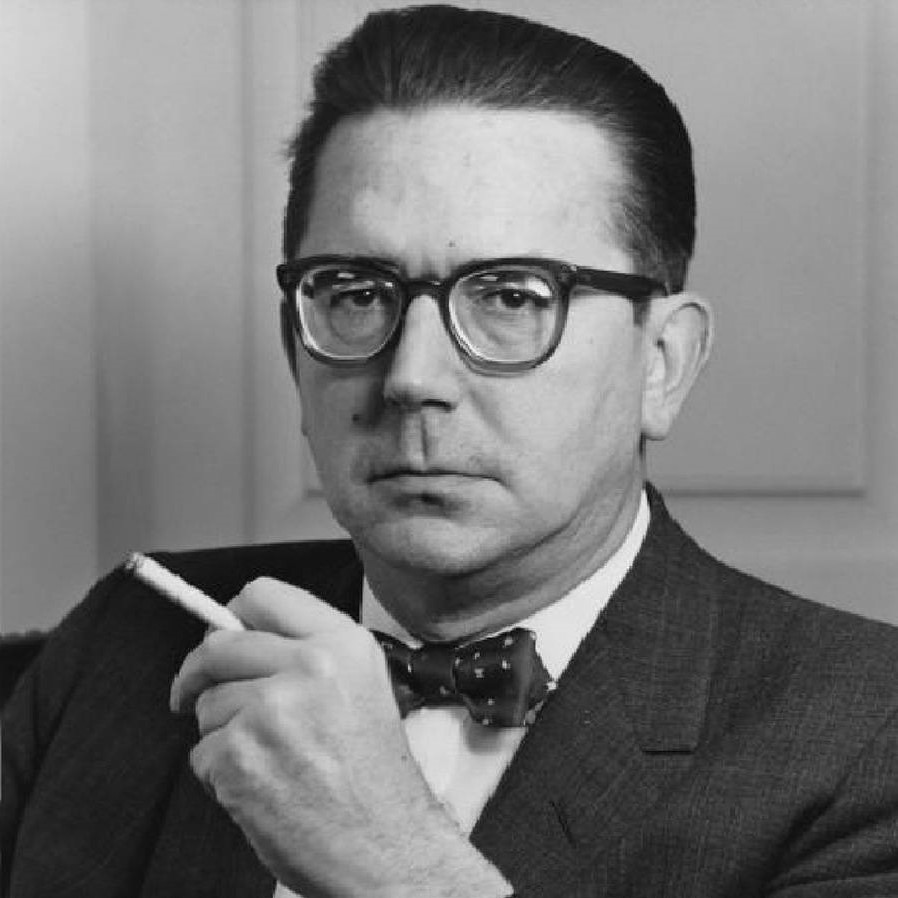 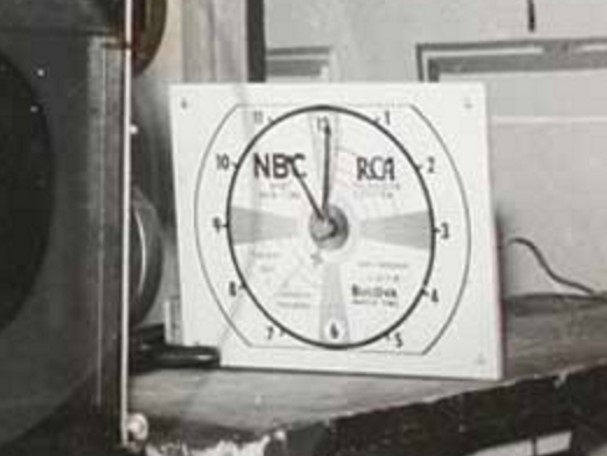 The image above shows the test pattern of the world´s first tv ad by the watch company Bulova.

Contrary to popular belief a video showing the US map with a Bulova clock in the centre is actually not the first TV ad. The actual ad is currently belived to be lost. 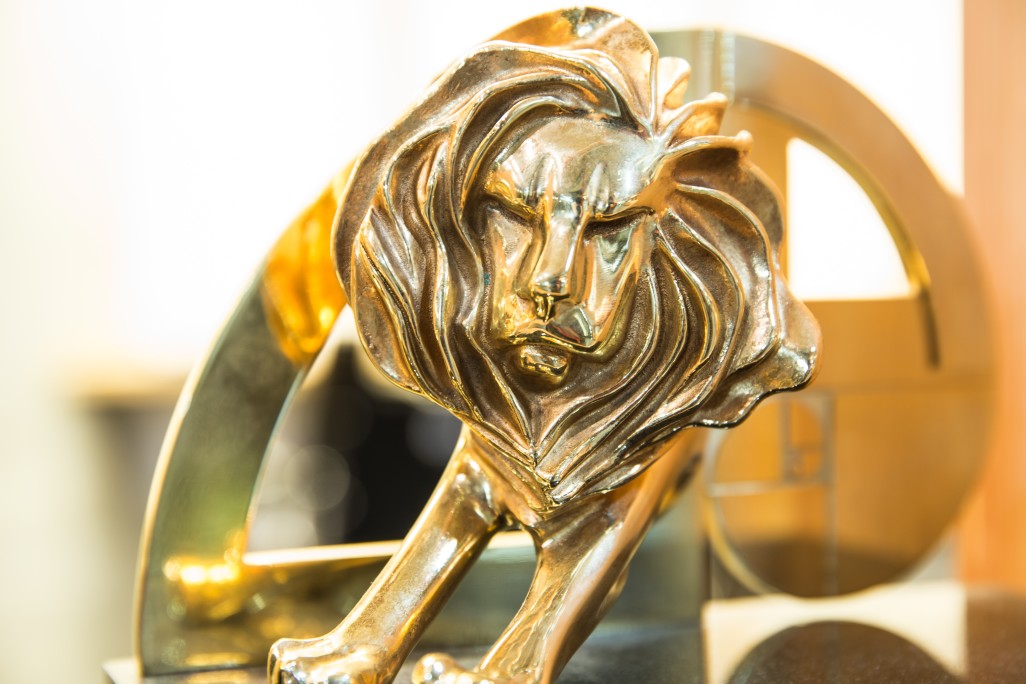 The Cannes lions International Festival of Creativity is the most successful and renown festival of the advertising industry worldwide and was held in 1954 for the first time in Venice, Italy. 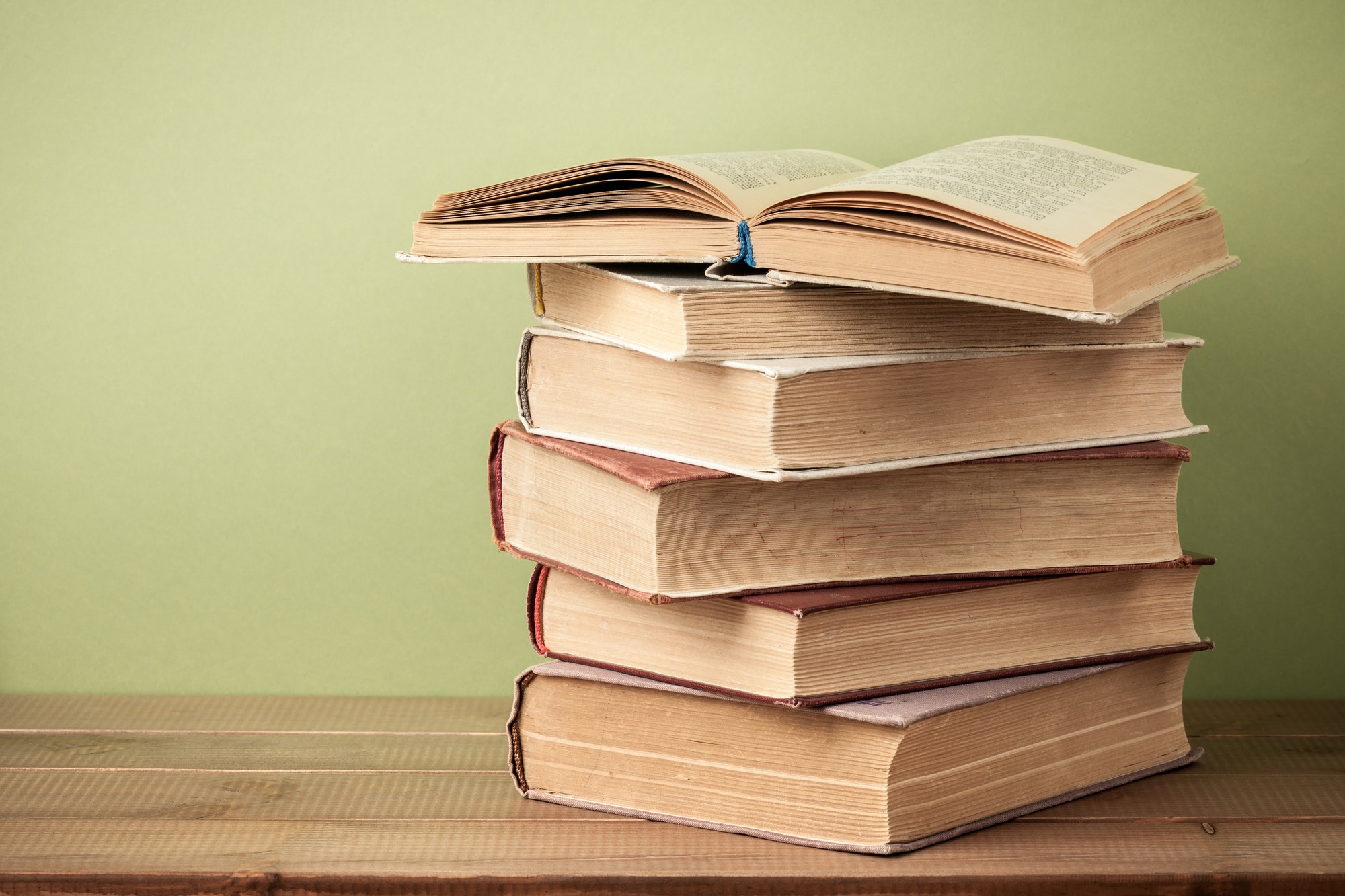 E. Jerome McCarthy published his book "Basic Marketing: A Managerial Approach" which included the 4P´s of the Marketing Mix. 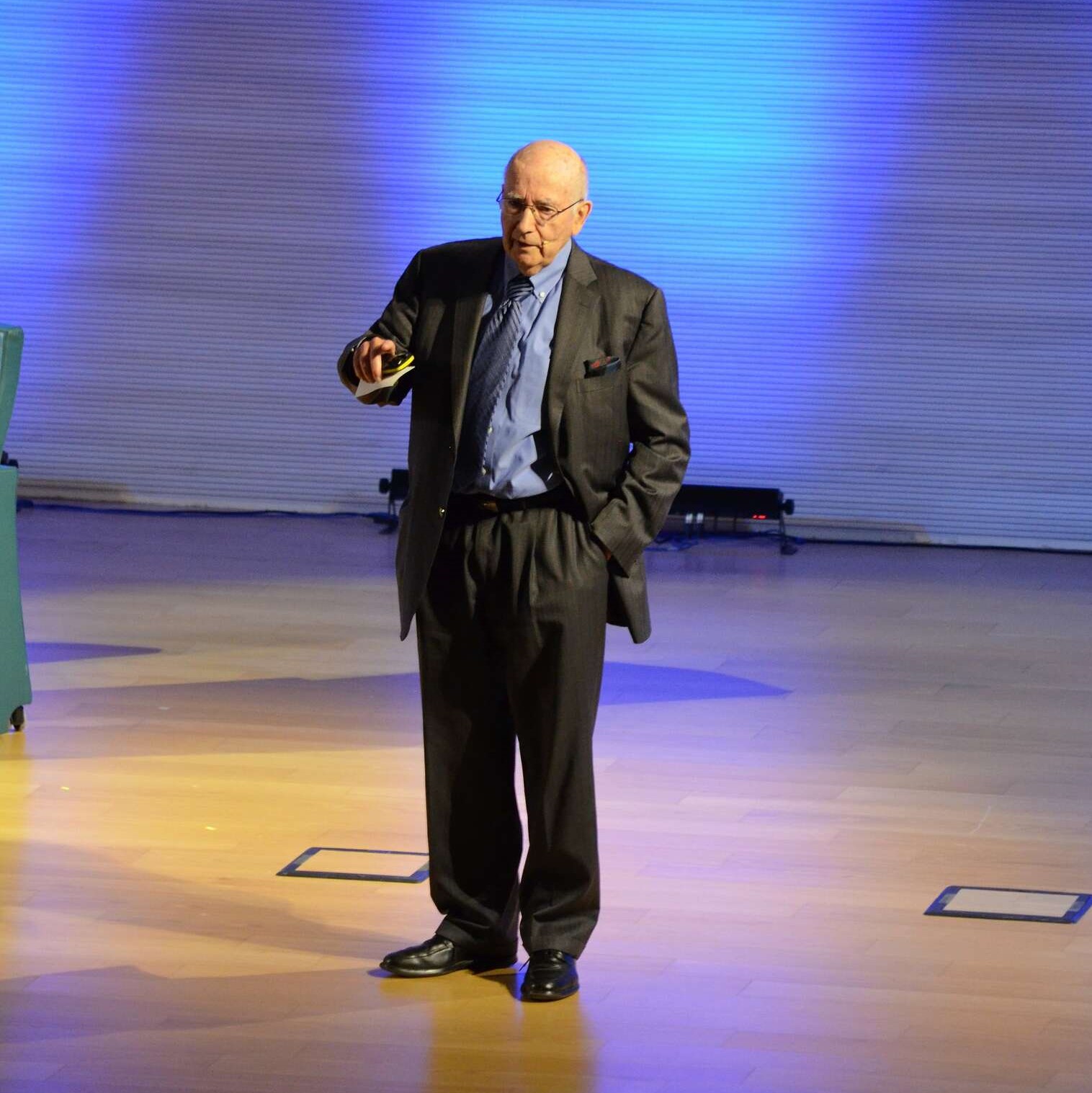 The most successful book on marketing management by Philip Kotler was first published in 1967. 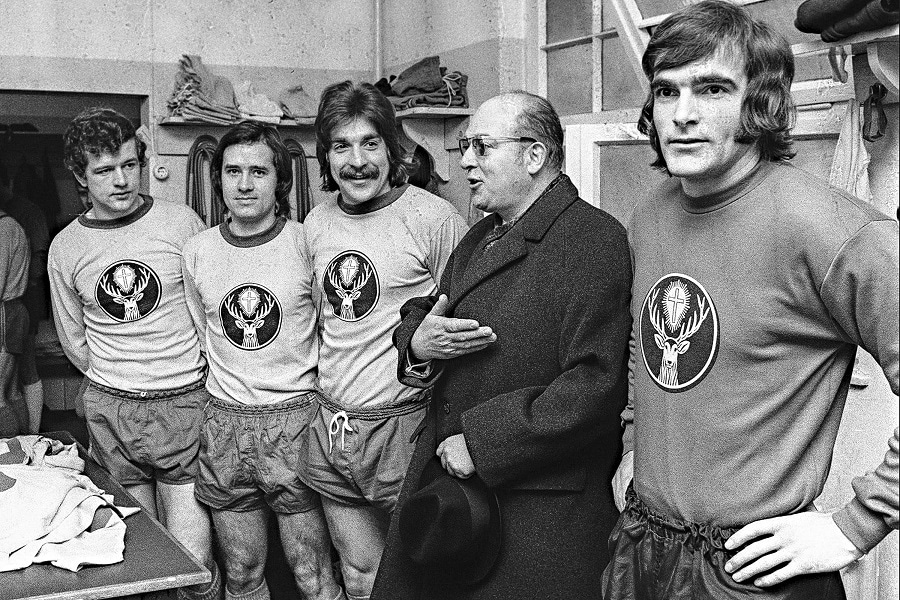 Besides single sports sponsorships in several countries from the 1950´s onwards, in 1973 the German soccer club Eintracht Braunschweig lifted jersey advertising to a new level when it replaced it´s own club logo with the logo of the spirit company Jägermeister in order to bypass the German soccer league´s commercial sponsoring regulations. Thus, the Jägermeister stag was displayed on the club´s jersey and allowed the club to earn money from the sponsorship deal. 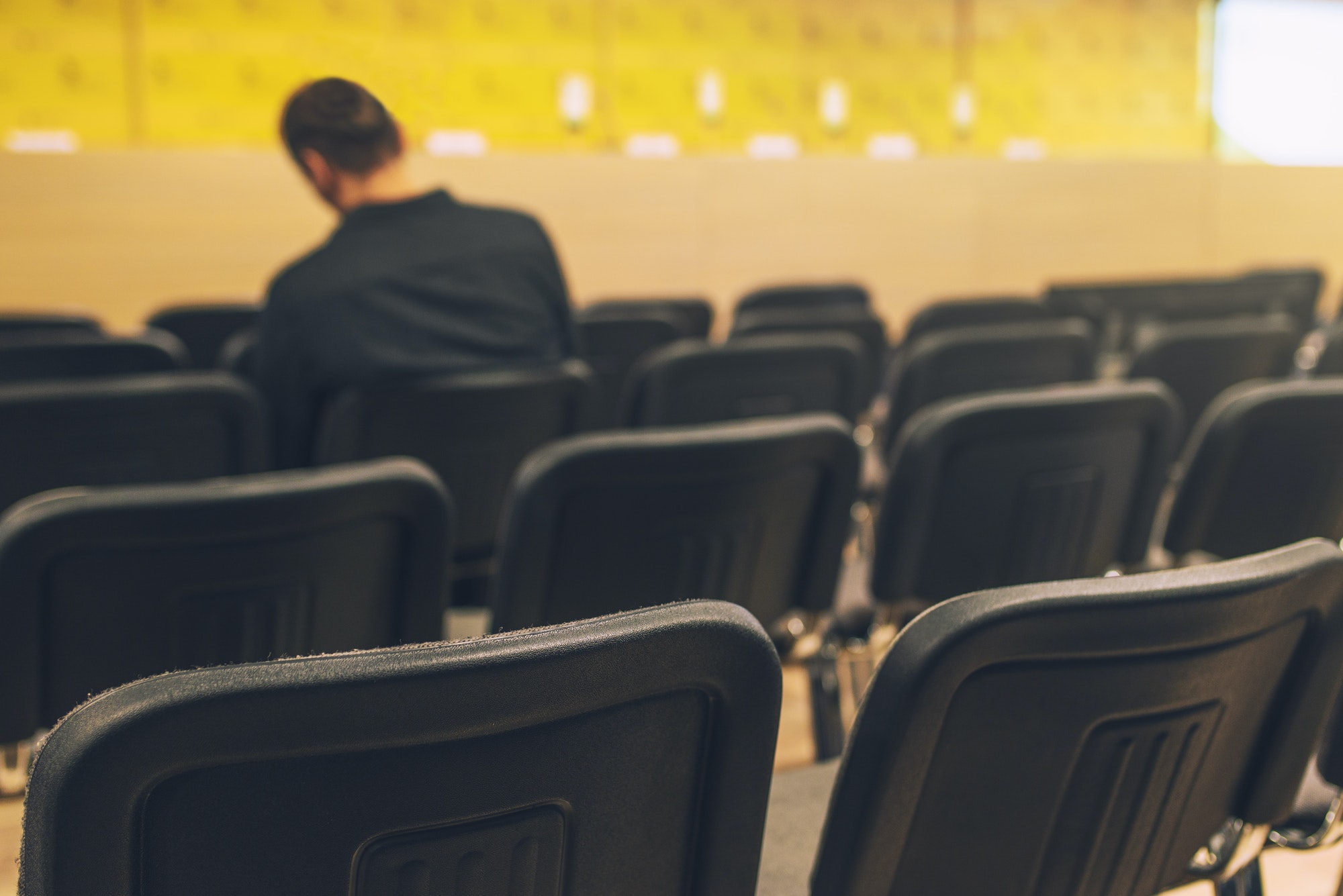 CHARM (Conference on Historical Analysis and Research in Marketing)

CHARM (Conference on Historical Analysis and Research in Marketing) is a scholarly organization that is organizing the only reglularly held conference focusing on historical research in marketing. 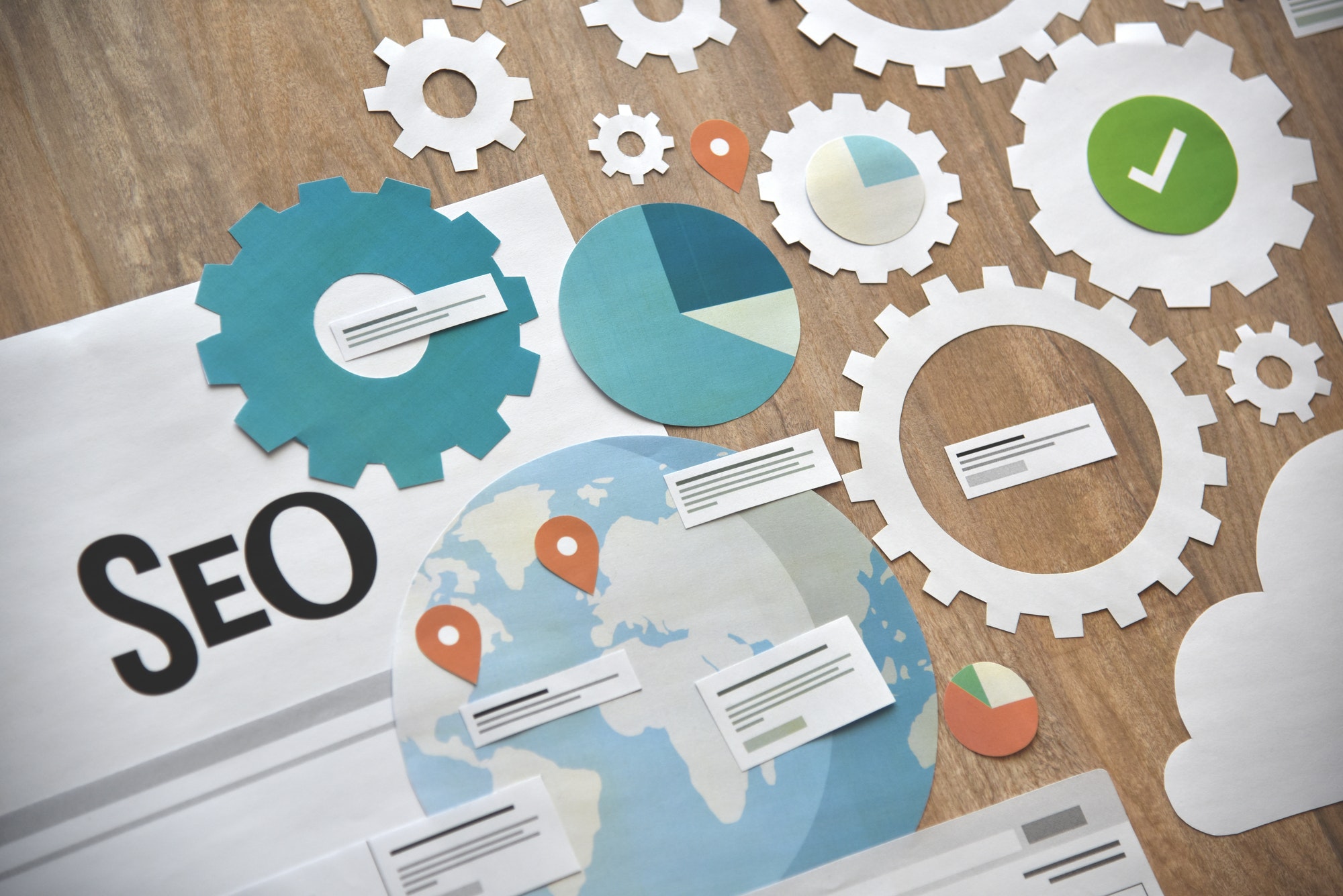 In 1996 the search engine "Open Text" introduced the possibility for firms to be presented in the search results in the preferred listings section. 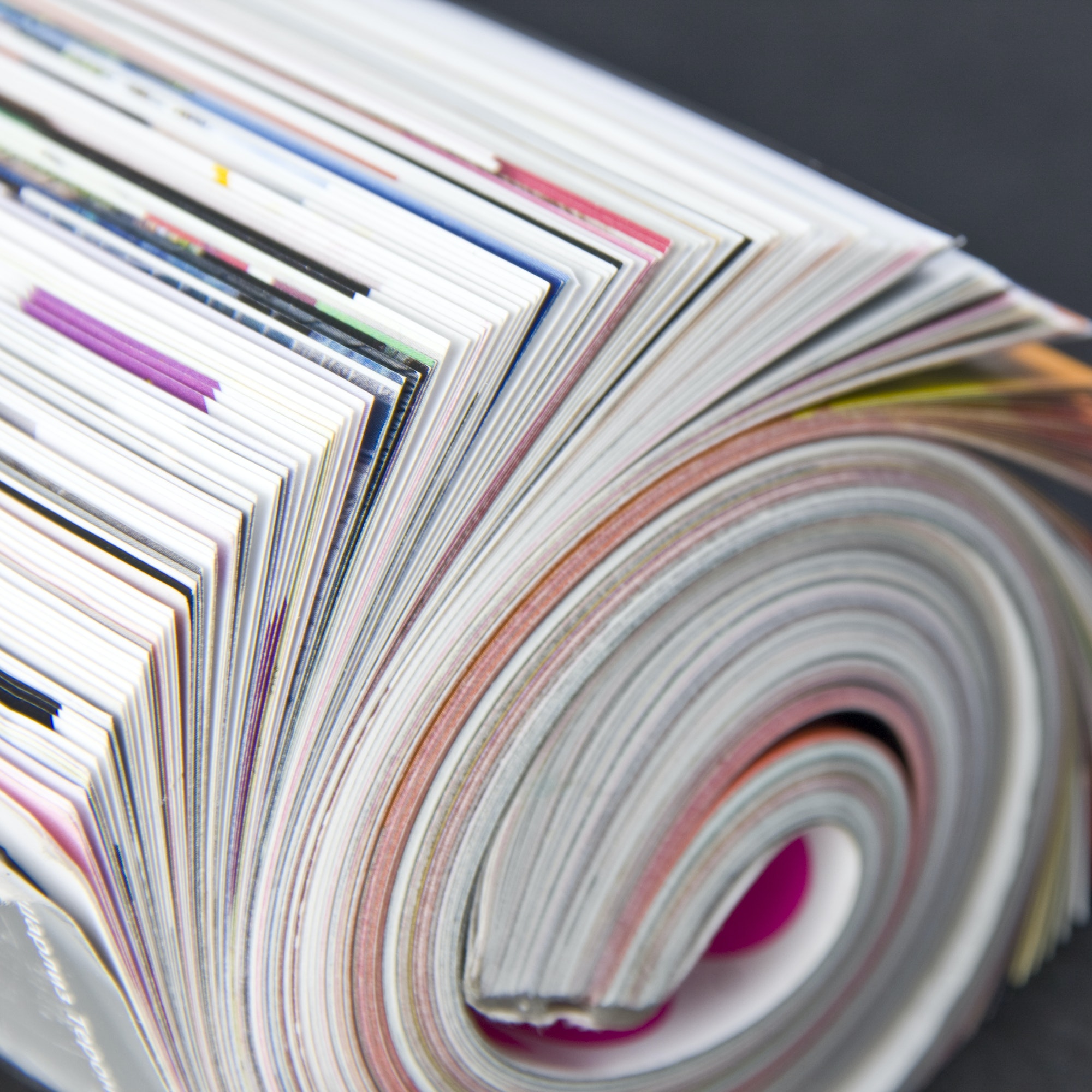 Journal of Historical Research in Marketing

In 2009 the first and currently only academic journal that is fully focusing on Marketing history, the Journal of Historical Research in Marketing published its first issue. 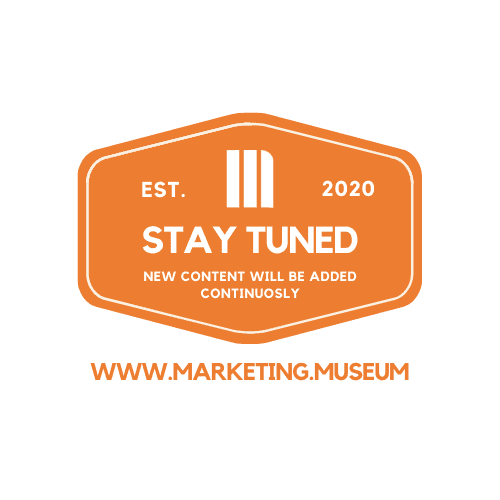